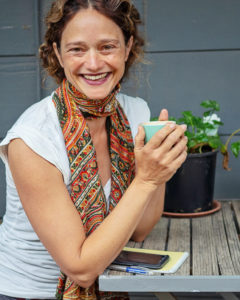 Sarah and her team help scientists and science organisations get their work into the public space and to the audience that matters to them – whether that is patients, farmers, industry, public or to government to inform decisions.

Before kicking off Science in Public with her husband and Creative Director Niall Byrne she established the Gene Technology Information Service for the federal government; organised science journalists from around the world to come to Melbourne for the 5th World Conference of Science Journalists; and did some party planning for the Academy of Science’s 50th anniversary.

Way back she studied biochemistry and genetics until discovering the world of science communication by running away with the Questacon science circus.

Now she manages a circus of her own with three redheaded boys, two cats and five chickens.

Do we still need the media?