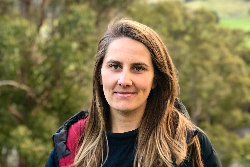 Rachael is a science communicator and has been published in Cosmos, Decision Point and CSIRO’s Double Helix magazine. Her stories have been published in BBC World News, ABC and The Age. In 2018 as a part of her Masters, Rachael conducted research on ABC’s War on Waste and its behaviour change communication strategies. Rachael plans on submitting this research for publication in the Journal of Environmental Education in early 2020.
Rachael is a communication consultant and also works at RMIT as a Research Assistant on two projects. One is investigating the effectiveness of current community engagement frameworks in local government, and the other is developing content for an app launching in October 2020 called 64 Ways of Being, that is like Pokemon Go, but for languages.