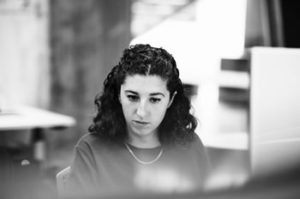 Lizzie is the Director of Engagement for SensiLab, Monash University. Having gained a BA(Hons) in Physiological Sciences from Oxford University and an MSc in Science Communications from Imperial College, London, Lizzie has worked in a range of large and small organisations, cultural contexts, disciplines and sectors to engage people with scientific content.

Among other roles, Lizzie has produced health programmes for BBC2 and BBC World, was Tour Producer for a science theatre show, led on Kew Garden’s annual orchids festival and consulted for the Wellcome Trust. Most recently she worked with Science Gallery, an international network of art-science galleries, producing seasons for London (MOUTHY) and Melbourne (BLOOD).