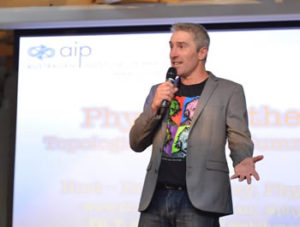 In has career he has taken on bored teenage school kids on physics excursions at University of Sydney; created digital content for the international fusion research organisation, JET; been schooled by a battle-hardened Reuters hack in the ANU media office and written for prominent science publishers Nature Cosmos Magazine, New Scientist and American Physical Society.

Dr Phil is a qualified professional trainer, with a Certificate IV in Workplace Training and Assessment, and is National Vice-President of Australian Science Communicators.

Killing the planet is against my religion: Sustainable StandUp Show