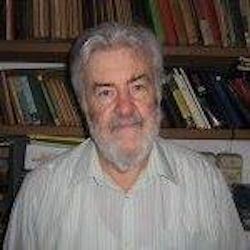 Bill Palmer was born in London in 1937. He obtained his B. Sc degree (1959) and Teacher’s Certificate at the University of Exeter (1960) and his M. Sc degrees from the University of East Anglia (1970) and the University of Oxford (1981); his PhD (2003) was obtained from the Curtin University, Australia. Apart from Australia, Bill has worked in Britain, Nigeria, Papua New Guinea, Western Samoa and Tanzania. He was a senior lecturer in Science, Education and Health at Charles Darwin University, Australia from 1989 until 2007 when he retired after nearly fifty years in science education. His main research areas are in chemical education and the history of science and he attempts to keep the two areas in communication. He continues his research as an Adjunct Research Associate at Curtin University. He is a Fellow of the Royal Society of Chemistry and of the Royal Australian Chemical Institute.